Are These Two Things Holding You Back as a Leader? 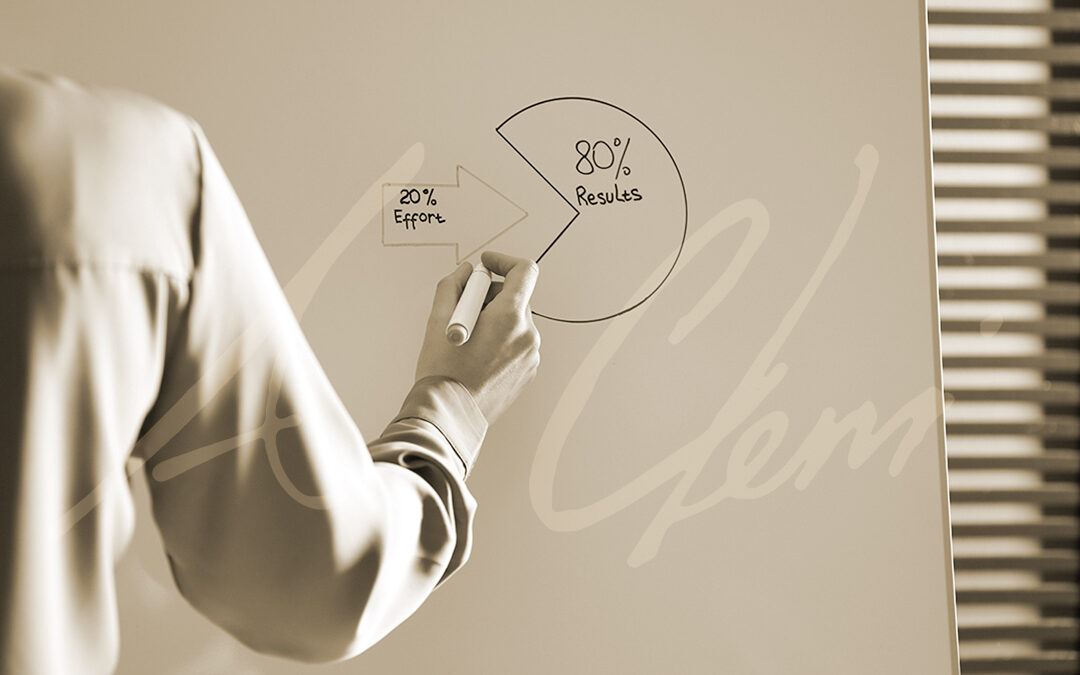 Two big things that hold leaders back are focus and a lack of self-awareness.

Let’s cover focus first. Notice I didn’t say “lack of focus” because one of the main issues that hold leaders back is usually focusing on the wrong priorities. A leader can easily make a list of top priorities, but there are usually only one or two that matter. You need to have blinders on to the others and be prepared to say “no” a lot. There’s a book I recommend called The One Thing by Gary Keller that talks about this. It’s amazing how many things we think are important that really aren’t. There are extraordinarily few things that ultimately matter, and it’s important to learn how to sift through your priorities and determine where you should focus. This is easier said than done.

Here’s how to use the Pareto Principle for your priority list. Create a grid with an X and Y-axis. The X-axis should represent impact or reward and the Y-axis should represent effort. Divide your grid into four quadrants. The origin where the two axes intersect represents low effort and reward and the outermost points represent high effort and reward. Now divide your tasks into the quadrants according to these four categories:

The area you should focus on first is the low effort, high reward quadrant (shaded in gold below). Knock out those priorities and then focus on the high effort, high reward quadrant. Good leaders understand what does and doesn’t matter. Once they’ve determined their top two priorities, they can dedicate resources to tackle those urgent, critical, most important things.

The second issue that holds leaders back is a lack of self-awareness. Self-awareness is the ability to recognize how you impact those around you. It also means you know and accept what your strengths and weaknesses are. Can you think of a boss or leader whose opinion of themself was extremely high despite the fact that most others held the opposite opinion? Most people can. There is usually a lack of self-awareness and a lack of knowledge of one’s weaknesses at play in situations like this.

The best way to determine how you’re impacting others and what your strengths and weaknesses are is to ask your closest friends and family. There’s a book called The 360 Degree Leader by John Maxwell that talks about this. The people who have known you the longest can tell you those critical truths. Tell them there’s no risk in this and that you want them to be honest. They can share blind spots that you don’t see hence the term blind spot. Evaluate that feedback and accept that you can’t be good at everything.

Some people try to be well-rounded. For example, if you’re a big picture/macro thinker it will always be hard for you to dig down into the details. That’s ok. You can hire talented team members who are detail-oriented. I advise leaders to double down on their strengths. Don’t try to be all things to all people that is a recipe for disaster. The purpose of hiring a team is to combine the greatest strengths of talented individuals to accomplish a bigger vision. There’s empowerment in having a place on a team. Not everyone is cut out to be a leader. That position is elevated and coveted, but if you aren’t “the person,” don’t miss the opportunity to become the best version of yourself in a supportive role. Being part of a team that makes you better and brings out the greatness in you is extremely rewarding. For leaders and team members alike, self-awareness is knowing how you come off when you interact with people, knowing what you’re good at, and knowing your purpose. Warning; have patience as this is a process.

These are the things that hold leaders back, but checking these two areas in your own life and working on them can help you become the best version of yourself. Divide your long list of priorities into the quadrant I showed above to hone your focus onto what really matters. And ask some people in your inner circle to share honest feedback with you about what you’re good at and not good at, and how you come across to others in various situations. That feedback is gold for any individual who wants to grow, change habits, and achieve more than they thought possible. Remember it’s an iterative process and you never arrive. Enjoy the ride!