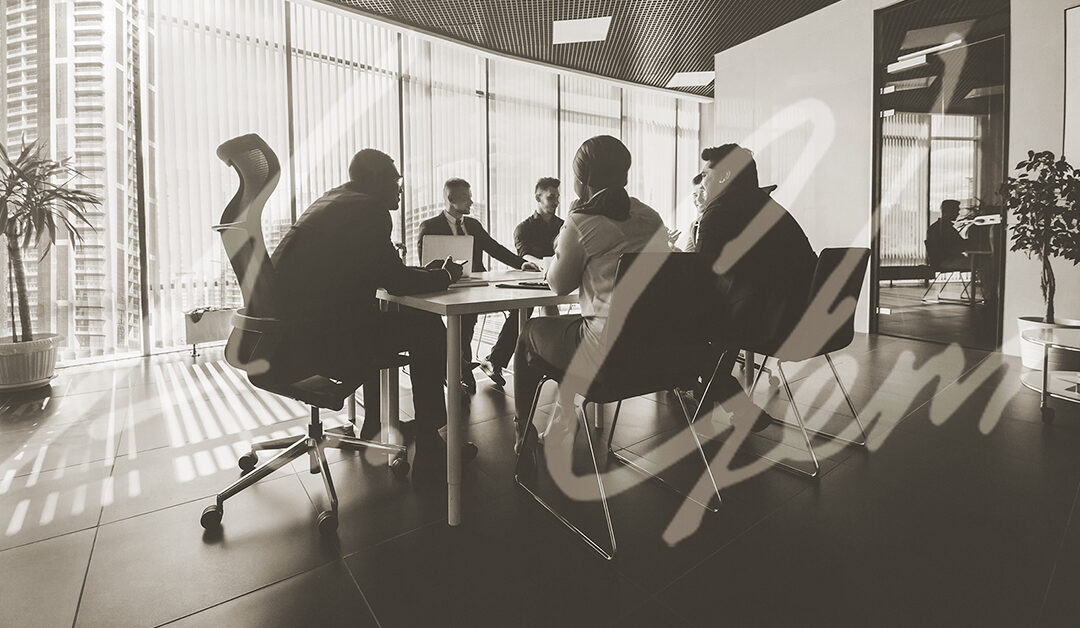 I’ve talked about the danger of environments where employees feel unsafe to communicate openly and honestly. If your teams don’t feel comfortable sharing feedback, constructive criticism, or honest thoughts and ideas without fear of retribution, you’re selling your organization short and impeding opportunities to grow. This kind of culture and environment is psychologically unsafe for employees and often results in a revolving door of talent. But the same concept applies to employees who don’t receive needed communication from leadership.

There are four key moments in every organization that require extra communication, but traditionally, most organizations aren’t communicating much at all during these moments. The way these scenarios are communicated can make or break the level of trust in your organization. I’m talking about challenging times such as employee departures, layoffs, transfers, and changes in direction. As a leader, communication is key to leading through these types of change. Sometimes you’ll need to repeat the communication over weeks or months to drive it home. And then you’ll need to follow your communications with actions.

We’ve all gotten a variation of this email at one point or another, “John is no longer with the company. We appreciate his contributions and wish him success in his future endeavors.” I call this corporate speak and employees see right through it. There’s a sense of formality to it and brevity that makes it seem disingenuous. The unspoken question often is, “If he was appreciated then why was he fired?” Corporate speak can erode trust.

In my blog about psychological safety, I mentioned tough conversations that were facilitated by an outside consultant. I had my turn in the hot seat to give all of my employees a chance to ask questions they had been holding back. Nothing was off-limits. This was an exercise to build trust and it worked. But do you know what some of the top questions my team had been holding back were about? Employee departures. I thought we’d been over it before and everyone had kept moving forward but that wasn’t the case.

Departures are a crucial time for leaders to build trust. Employees will have questions. If that employee was fired, the reasons for the termination obviously shouldn’t be shared, but I encourage business leaders to make sure that a degree of empathy and heart are evident in communication about the departures.

Layoffs speak volumes to employees and require immediate communication. There is also a universal need for reassurance after a layoff, because the one question every employee will ask themselves is, “Am I next?” Layoffs can erode trust because they erode a sense of job security, which is a critical element for retention. They can also demonstrate a sense of callousness if they’re handled transactionally and without careful planning that includes a communication plan and transition plan.

Layoffs also speak volumes to potential employees, because of websites like Indeed and Glassdoor. I read a review that simply said, “A week before Christmas, they laid off over ¼ of the staff.” The implication is that the company didn’t care about the impact on the lives and families of its employees and that could deter future hires. I’m going to share two stories about how one layoff was handled to demonstrate the vast difference in how trust can be impacted in an organization through proactive communication vs. lack of communication.

The best layoff procedure I’ve heard about was at a marketing agency that had to make some cuts due to revenue loss. The head of one of the departments impacted gathered his remaining employees together immediately. He told them the names of the employees who had been laid off, and communicated how much he appreciated each of those people’s contributions and their talents. He told the team how hard the decision had been, and that he had reached out personally to each employee and offered to give them a good reference to prospective employers. He said he would help them in their job search any way he could, starting by looking at his network for opportunities. He told his team a story about his own layoff years ago, and how it had moved his career into a new direction with a company that turned out to offer him more growth opportunities. The underlying theme of his communication was that layoffs, while hard, can be a blessing in disguise because the next position could be even better than the last. He also gave the remaining employees assurance that there would be no more layoffs in the foreseeable future, but as a piece of life advice, encouraged every employee to put some money into savings as a best practice. He outlined that each of the remaining employees would be asked to share a portion of some outstanding projects in the short term, but low priority projects would be removed from their plates to accommodate the extra work, and no one was expected to work nights or feel stress, and if they felt inclined to do so, he would personally work late also to lend a hand to help get the work done.

Alternatively, at the same company, leadership did not send any communication to the company as a whole until three days later. The other impacted teams didn’t have a team meeting like the first. No names were released, so teams only discovered who had been terminated because colleagues suddenly disappeared from the interoffice chat, emails bounced, or rumors had circulated. No transition plan was announced, and employees were left wondering how to finish work that had suddenly stalled. Deadlines could not be met. Employees took to the water cooler to find out what was going on and vent their frustrations. Three days later, the first formal communication was sent out. It was a company-wide chastisement of anyone discussing the layoffs. The result was a mass exodus. The way the layoffs were handled from the top caused instability, erosion of trust, and chaos. But there was one team that had almost a 100% retention rate – the team in the first example.

One of my vendors recently came to me for advice about an internal transfer experience that was not above board. Her organization had hired a new CMO who came on the scene wanting a larger team to manage the workload. My vendor, we’ll call her Sarah for anonymity, found out that this CMO had bypassed HR and gone straight to the CEO with a list of names she wanted to transfer to her team. The CEO approved her request, without the knowledge or consent of anyone on the list. The CMO then approached each person and conveyed that they had a choice to transfer, but baited them with fancy titles and the opportunity to write their own job descriptions to gain their buy-in. Sarah opted out because she was happy in her current role, and when she found out she didn’t have a choice, approached HR to inquire about internal transfer policies. I advised her based on my own experiences with corporate law, HR policies and corporate procedure and she was able to remain in her role after a difficult fight. But the others? As soon as the transfers were announced, the truth came out. No one got a fancy title or the chance to write their own job descriptions. The CMO had written them, and these people found themselves in roles that would be considered demotions. Promises of direct reports, titles, or the ability to finish their current projects turned out to be a bait and switch.

The point I want to make through this story is that internal transfers absolutely require open, honest dialogue between leadership, HR, and each employee. The sentiment conveyed through a forced transfer without communication is that the employee isn’t valued enough to be consulted. A transfer is a career decision, and every employee has a plan or vision for their future career choices. If leaders want to retain their employees, they must have open communication about transfers, adhere to standard procedures, and gain buy-in from all parties.

This same concept applies to project deprioritization or changes in direction. Communication is critical because employees who dedicated time and effort to a project can experience confusion, disappointment, or possibly anger that their work had been “in vain” or “a waste of time.” Leaders need to express gratitude for the work, acknowledgment of the effort, talent, and time that was put into what was done. There is usually always a way to put a positive spin on change. Ending a project frees up time for other meaningful work. Lessons were surely learned. And new opportunities will be on the horizon. Leaders need to have empathy and the EQ to realize how changes affect those around them.

Changes in direction also include radical changes like a new target market that’s unproven or trying to pivot your company. As a leader, you need to communicate the hows, whys, and whens quickly, to help your team get on board and remain on board.

I’ve said it before and I’ll say it again, good talent is hard to find and even harder to keep. If you want to retain your employees, you have to communicate, and even over-communicate during times that could breed uncertainty, confusion, or frustration. The hardest type of change is any kind of a people change. Explain the why as best you can. Encourage, listen, and leave room for people’s thoughts.

There are two types of people, those who are change-resistant and those who are change agents. Change can be a great thing, but for those who are uncomfortable with change, it can bring about resistance, fear, insecurity, or even anger. You’re going to have both types of employees in your organization, and this is why best practice is to over-communicate to alleviate potential negative reactions to change.

A leader has to be a change agent. There will be situations you can’t control, but the way you communicate the necessary changes will either build trust or break it down. Whether you’re a manager or in the C-suite, you will have to make decisions and communicate them to your teams. Here’s where the buck stops with you. The responsibility for those decisions lies on your shoulders, but so does the effect on your employees. Those with high EQ are aware of how their decisions impact those around them and you may be able to anticipate how the news will be received. If you’ve made the effort to get to know your people, you should even be able to identify who is change-resistant or a change agent and you can tailor your communication accordingly. But for everyone else, and for large organizations who need to send out mass communications, these are some of the circumstances where communication needs to be immediate, authentic, and honest.